Learn to throw the perfect diaper party for that soon-to-be dad!

We’ve all heard of baby showers. 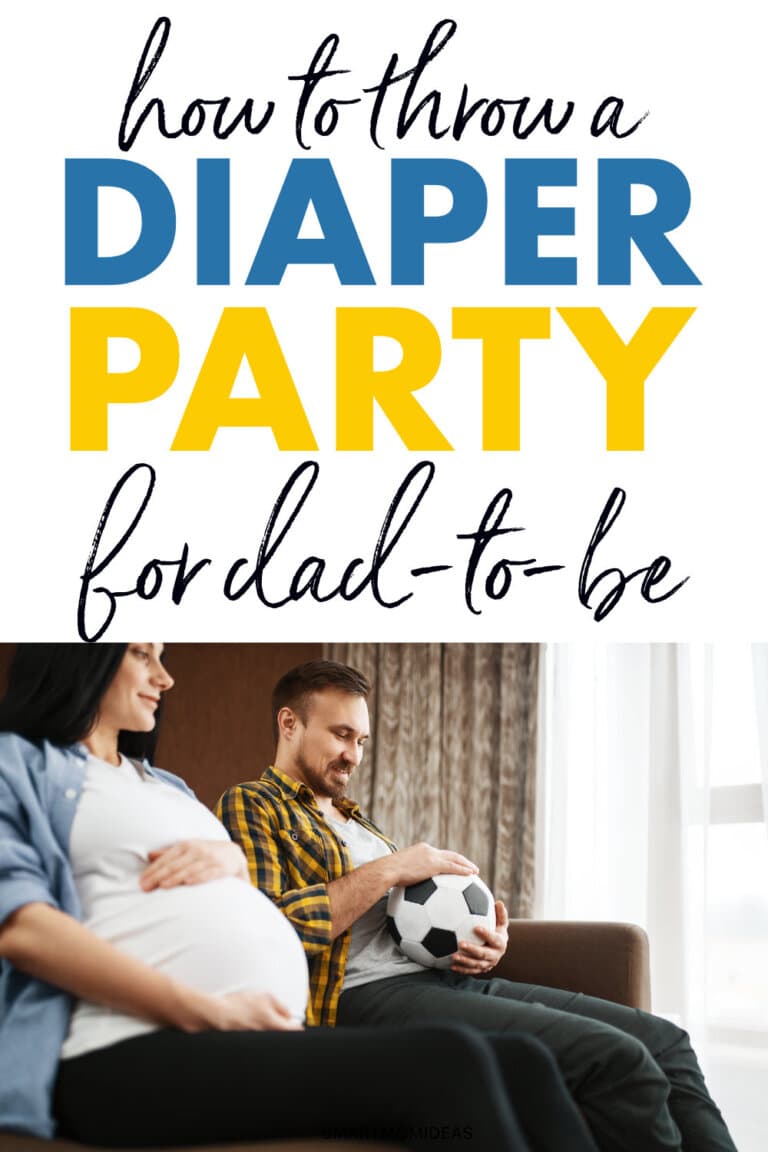 We’ve probably all been to a baby shower. It’s a wonderful time to celebrate the woman who is about to become a mother.

But what about the dads?

No, they aren’t the ones carrying around the unborn child and facing its eventual birth, but dads do play a large part in creating the child (I won’t go into the science, I think you know how it works!) and are also preparing in many ways to become a parent.

While baby showers are a time-honored tradition, diaper parties are increasingly becoming more popular as a way to celebrate and support the dad-to-be.

Here’s a quick guide on what they are and how you can throw a diaper party for the dad-to-be.

What is a Diaper Party? 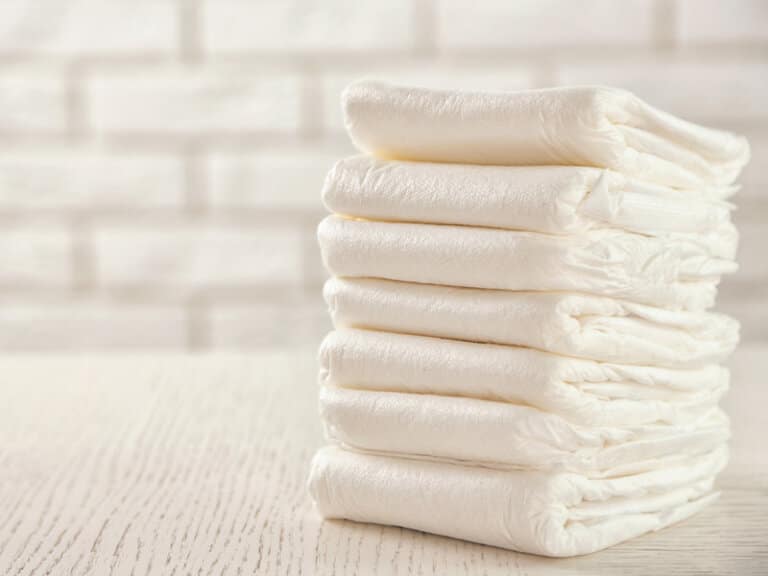 Also known as a “Dadchelor Party” or a “Man Shower”, a diaper party is basically a baby shower for guys. Instead of bringing gifts for the baby, such as clothes, bottles, etc., the expectation is that guests bring diapers.

Instead of laying out a fancy array of finger foods and beverages, diaper parties typically involve BBQ and beer. It’s a time for the dad-to-be to hang out with his friends, co-workers, and family to celebrate before the baby arrives.

While this event is usually low-key, it’s not uncommon to have fun games and prizes during a diaper party as well.

The purpose of having a diaper party is not only to acquire diapers for the baby. Dads are special too and deserve some recognition when it comes to their contribution to conceiving a child and their upcoming role as a parent.

But, yes, getting a bunch of diapers helps too since they are expensive and necessary. Babies go through 8-10 diapers a day during the first three months with the average parent needing to buy around 3000 in the first year of the baby’s life!

The costs add up so having a diaper party is also a great way to help alleviate that financial burden.

How to Plan and Set Up a Diaper Party 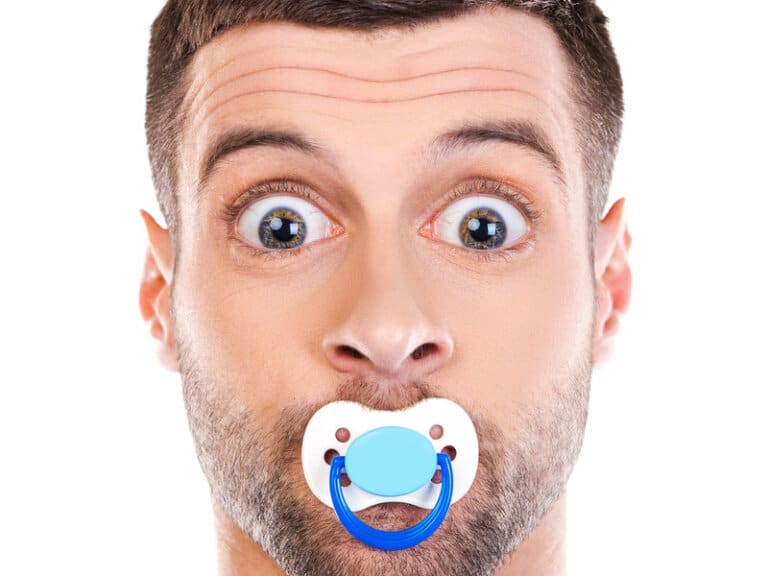 Diaper parties aren’t a fancy affair and what you can afford and accommodate is completely up to you!

To get you started, though, here are some ideas on how to plan and set up a diaper party:

1. Figure Out Who To Invite

Your best bet is to ask the dad-to-be who they would like to have invited to the diaper party. The guest list will likely include his best buds, family members, co-workers, and associates.

When it comes to a diaper party, you want the event to be memorable without going too over-the-top. Choosing a theme doesn’t mean you have to go nuts with decorations but it can be a fun way to tie in the invitations, food, games, and party favors.

Here are some diaper party themes to get you started: 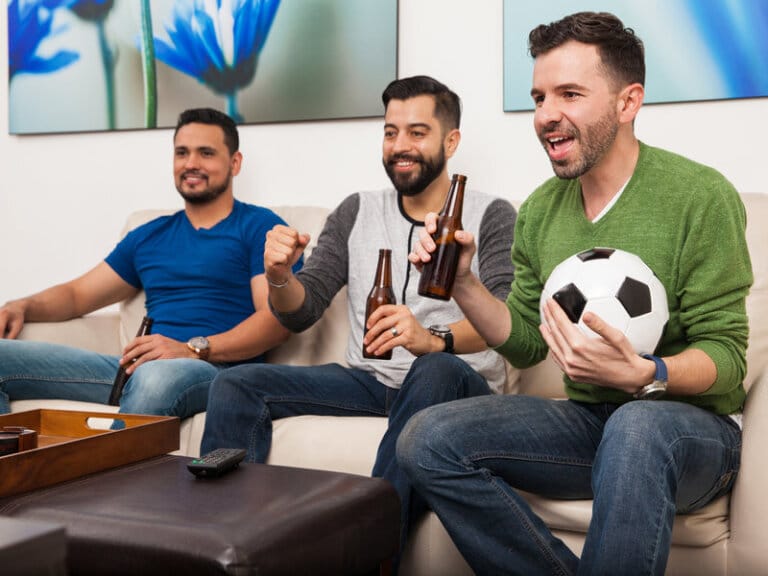 Probably the most popular theme for a diaper party is beer!

Not only does this beverage go nicely with all kinds of foods but you can work in some really fun wording for the decorations and invitations, such as:

You can even make custom labels for the bottles or hand out personalized can coozies to the guests!

Oh, and a game like “Cards Against Humanity” would be a riot for the dudes to play.

If the dad-to-be and his buddies are gamers, you can easily throw a gamer-themed diaper party! You can make a game-themed diaper cake and serve finger foods such as dips, sandwiches and nachos.

Here are some wording ideas:

You can also get the dad-to-be and his friends set up with extra controllers to play fun multiplayer games such as Mario Kart and Super Smash Brothers. 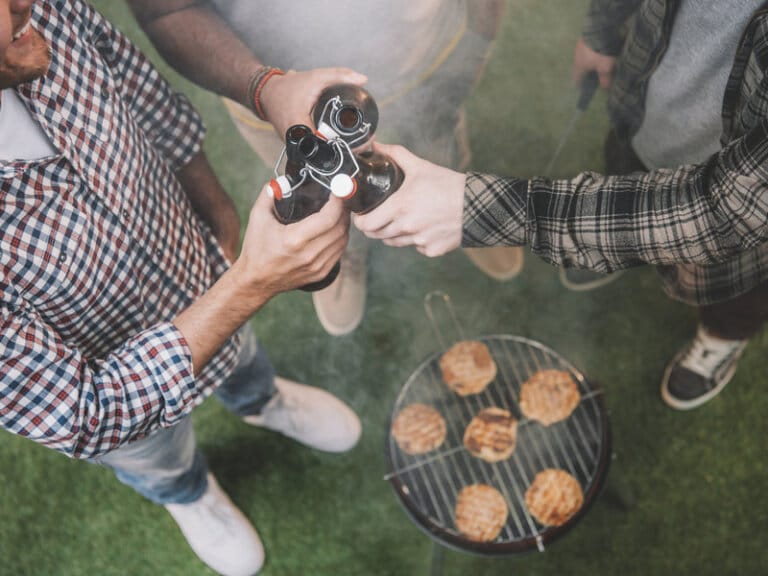 Even though you can easily incorporate barbecued food into any diaper party theme, you can also center your invitations and decorations around the BBQ too!

Check out these awesome ideas for invitation wording:

Make it a complete backyard affair with red Solo cups, potato salad, and a game of washer toss or horseshoes.

Instead of hosting the diaper party at home, you can always the send the boys out for a day of golf! Make sure to book the green well in advance.

If you want to host a golf-themed diaper party in your backyard, pick up a mini-golf set and create a custom course for the dad-to-be.

Don’t feel pressured to come up with a theme for the diaper party. As long as you have good food, good guests, and some fun games, the dad-to-be is going to have a blast!

Once you have sorted out who to invite it’s time to send out the invitations. If you chose a theme for the diaper party, you can use some fun wording (like the ones I mentioned above) to headline the invitations.

On the invitation, you want to make sure you include the following:

Nowadays most people don’t send invitations in the mail, so it’s perfectly okay if you don’t get any printed. Simply design them using an online program such as Canva, download them, and send them to guests via email or Facebook.

Be sure to follow up with the invitees if you don’t get an RSVP. You want to make sure you know how many guests will be attending in order to finalize your plans.

The menu for a diaper party can be as simple or elaborate as you want it to be.

Typical diaper parties feature a barbecue but you can also serve sandwiches, vegetable trays, dips, nachos – whatever you can come up with!

While beer is a popular choice for a beverage (as I mentioned before), you can also serve pop as well as punches or cocktails personalized for the dad-to-be.

Sweets can include cookies, squares, and even a cake.

I mentioned a few games above that you can easily incorporate into different diaper party themes.

However, just like baby showers for moms-to-be, there are some great and fun (and sometimes tacky) party games you can set up as well.

No matter the games you choose for the diaper party, make sure you have some cool prizes for the winner. This could be a case of beer, a gift certificate, or a gift basket.

One more interesting diaper party idea I wanted to throw out there is holding a diaper raffle. Basically, guests receive a raffle ticket for every pack of diapers they bring to the party.

You can buy a roll of pre-printed raffle tickets or create your own, giving each guest one ticket for every package of diapers they bring. Have the guests write their name on the tickets and throw them in a large container or box.

In order to let guests know there will be a raffle, you can include something like, “Bring a pack of diapers in any size for a change to win a prize!” on the invitation.

This also ensures that the dad-to-be will receive a variety of diaper sizes.

Toward the end of the party, have the dad-to-be draw the winning ticket.

The prize can include anything I mentioned above for the games such as a gift basket or gift certificate.

This is a great way not only to incentivize guests to bring diapers but to who your appreciation as well! 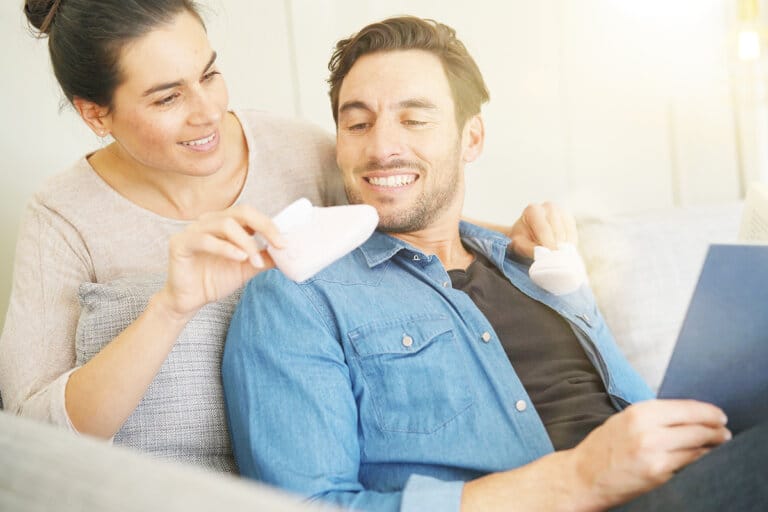 I hope these ideas help you out when it comes to throwing a diaper party for the dad-to-be. Just remember that you don’t have to go crazy and any diaper party, big or small, is going to make the dad-to-be feel super special.

Moms get a lot of attention during their pregnancy but dads deserve to celebrate too!

Do you have any cool ideas for a diaper party you want to share?

Leave them in the comments! 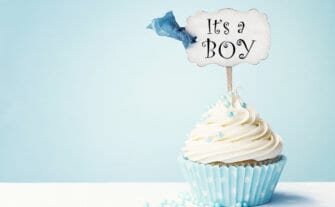 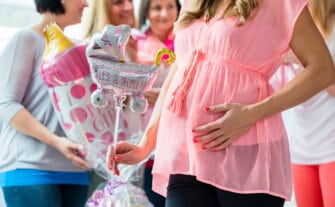 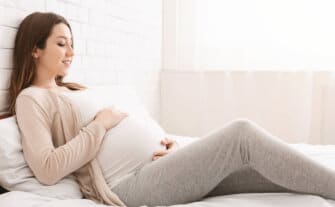 23 Baby Things to Buy Before Birth 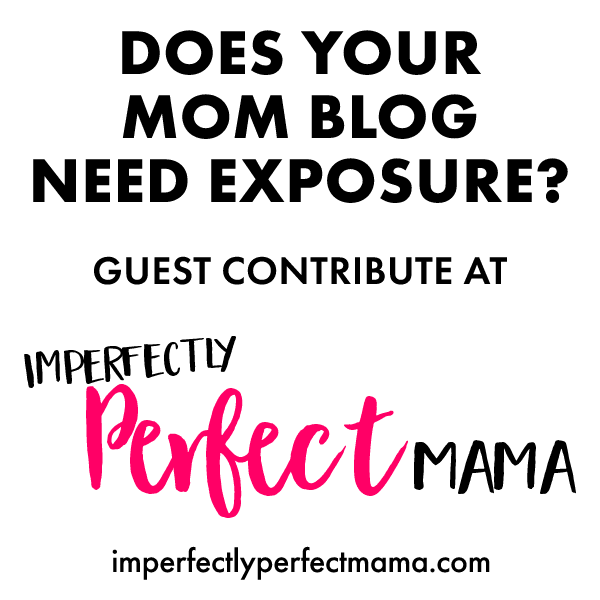