Oh no! The terrible twos! Learn how to prepare and deal with it as a new parent.

Your sweet little angel, that tiny babe who once fit in the crook of your arm, is now a tyrannical monster-child whose vocabulary consists mostly of “mine” and “no” and is capable of having a complete and total meltdown at the drop of a hat.

These are the Terrible Twos.

While a common and normal part of your child’s development, they can be a trying and taxing time for any mother.

Thankfully, with a little foresight and some helpful tips, you can prepare for and deal with the terrible twos.

What are the Terrible Twos?

The terrible twos is a period of time in a child’s development that involves defiant and unruly behavior.

Despite how it may feel at the time, the terrible twos are completely normal. Your little one is experiencing major changes in their motor, intellectual, social and emotional development.

Around the age of two, children are beginning to better understand what is being said to them but unable to successfully express themselves.

They are also toeing the line between being reliant on your care and being independent.

They are also beginning to understand the concept of possession – except they think that everything belongs to them.

Babies are born with an innate sense of ego-centrism, meaning that they believe the world revolves around them.

While this is a completely natural mindset for babies who require copious amounts of love and care in order to survive, toddlers face the struggle of facing boundaries and limitations.

So while they are fighting to keep everything in their environment under their control, they are testing and pushing those limits.

All these changes and struggles are a recipe for frustration and sometimes anxiety in toddlers.

Because little ones are not equipped with coping mechanisms for a lot of feelings, this frustration will often translate into tantrums and unwanted behavior.

My twins didn’t go through the terrible twos, but they were unruly and had a hard time listening!

Because of their lack of language, children will lash out and express their anger, disappointment and frustration using inappropriate actions. Your little one wants you to understand how upset they are so they kick, bite, hit, cry, wail and throw themselves on the floor.

The kicker here (no pun intended) is that these big feelings are going to result from seemingly mundane or silly situations. Here are some examples of why your child may throw a Terrible Twos Tantrum:

Your little one is struggling with the changes in their development, the realization of limits and the inability to express how this all ticks them off.

The terrible twos are inevitable.

If you’ve heard parents say, “My kid never went through the terrible twos,” it’s likely that they were prepared for the onslaught of frustrating behaviors (even if they didn’t know it).

6 Ways to Prepare for the Terrible Twos 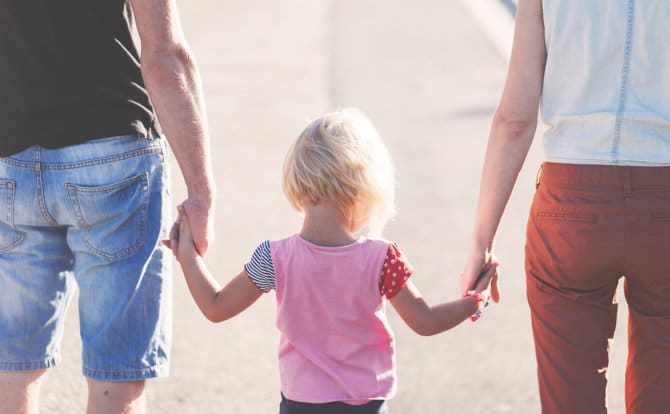 You can ease your child’s transition into the terrible twos by being proactive in the way you deal with behaviors and communication.

I found these six ways really helped me with my twins when they were slowly ganging up on me!

When rules and expectations are constantly changing, children become frustrated and upset.

Establish clear boundaries early in their lives and follow through with them.

The earlier you can figure out what disciplinary actions will work best for your little one the better.

This will help to establish with them what their behavioral expectations are and what the consequences of misbehaving will be.

3. Be Supportive and Loving

The old belief that child can be spoiled with too much love is just that – old.

Research has shown that giving your child ample love and support will only help to increase their development of independence.

Plus, if your kids aren’t constantly vying for your attention they are less likely to act out.

As mentioned above, a lot of the behaviors associated with the terrible twos come about when a child cannot communicate how they feel or what they need.

Even if your little one can’t speak, you can begin providing the words to describe their state. For example, when your child reaches for the breast or bottle, you can say, “Someone is HUNGRY,” and emphasize the feeling or need.

For the littles that can’t yet talk, you can always teach them sign language. Simple gestures can be used to indicate tiredness, hunger or the need for attention.

6. Teach Them to Count

This means that, if your child understands basic sequencing, they will understand when you explain the order of how things are going to happen. Doing so helps to manage their expectations.

10 Tips to Deal with the Terrible Twos

Even if you have made efforts to prepare for the terrible twos, they may still arrive. Arm yourself with these tips in order to deal with your child’s defiant and unruly behavior:

Making sure your little one has a consistent nap schedule will help to ensure that he or she is not irritable. Try to work errands, play dates and other activities around nap time.

2. Stick to a Meal Routine

Being hangry certainly doesn’t help with conflicted feelings and frustrations. Try to eat at the same times everyday and make sure your little one has enough to eat.

If you know a certain situation, like leaving the playground, is going to cause a meltdown, have your battle plan ready. There’s nothing wrong with having a little reward for compliant behavior (such as a sticker) waiting in the car – it may be enough to avoid a tantrum. Also, lay out your expectations before entering a situation that may trigger behaviors. Sometimes tantrums are caused because your child expected one thing and experienced another.

Children are smart and when they get away with something, like pitching a fit to get what they want, they will try it again and again. This can be very hard, since we want to do whatever we can to end the tantrum as soon as possible. Hold your ground and, if you can, reinforce a good behavior once it happens.

Sometimes children have Terrible Twos Tantrums simply because they are bored.

If you can always have something engaging on hand for them to do, you may be able to prevent a meltdown while they are distracted.

The last thing you want to do during a Terrible Twos Tantrum is lose your mind too. Don’t feed in to your child’s rage – by staying calm, you are not only taking control of the environment but are setting a good example as well.

7. Redirect if You Can

Sometimes you need to distract in the moment and there’s absolutely nothing wrong with drawing their attention to something else in order to snap them out of a behavior. Shifting their focus elsewhere may be enough to make them forget what they were so desperately angry about in the first place.

8. Avoid Wordy Lectures About their Behaviors

When your child is in the throes of a total meltdown, they are not going to give two cares as to what you have to say.

That moment is not the time to remind them how inappropriate their behavior is and how they need to act properly to get what they want.

Use very simple language when dealing with the behaviour and have a talk about it after. For example, as your child thrashes around on the floor, wailing because you can’t fix their broken cookie, a simple “We don’t need to scream and cry about this,” is more effective than a lengthy explanation as to how you can’t possible fix their cookie.

9. Give Them the Words They Need

Since your child can’t communicate what they are feeling, giving them the words can help them to learn how to identify those emotions.

You can work this into the moments by saying something like, “I know you are angry.” At the same time, you are expressing and modeling empathy with your child as well.

10. Remember That it Will End

The terrible twos don’t last forever, and soon your child will develop past the need to lash out when they are frustrated.

The words and ability to identify their needs and emotions will eventually come. The terrible twos is just of many developmental milestones you get to experience during your little one’s life.

Has your child passed the terrible twos? What words of wisdom can you share?

Elna is a mom to twins who blogs and writes for a living. She loves all things mom. While she's not blogging, you can find Elna meal planning, organizing and helping other moms in her Facebook group, Mom to Mompreneurs. 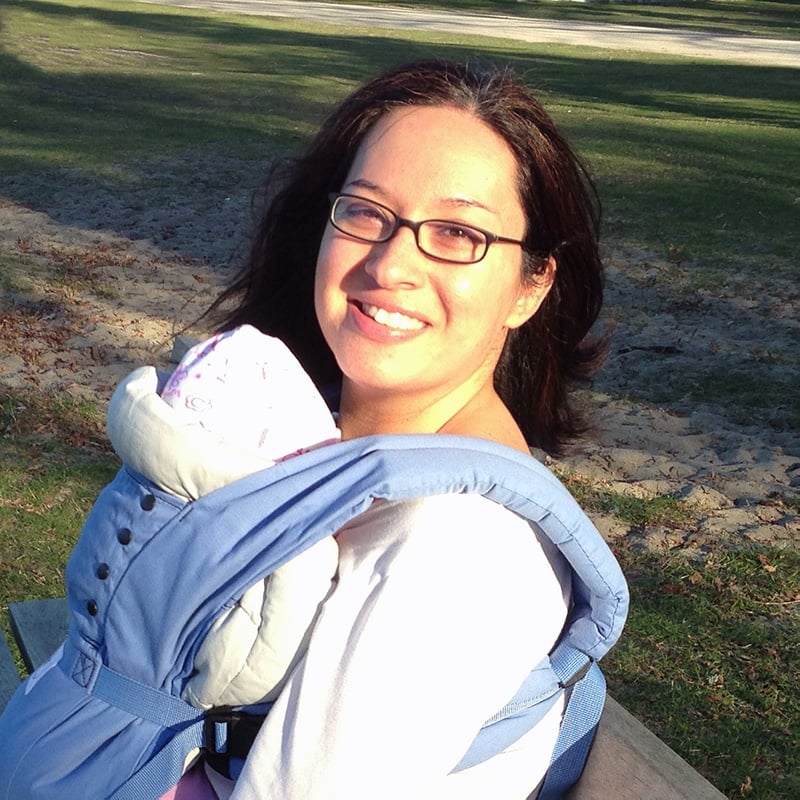 Hey everyone I'm Elna – a SAHM to two little ones, a blogger & writer, and a very tired mama who gets by on coffee and green drinks!

From pregnancy to postpartum to money tips and more, Smart Mom Ideas is for moms who want a smarter way of life!

We are a participant in the Amazon Services LLC Associates Program, an affiliate advertising program designed to provide a means for us to earn fees by linking to Amazon.com and affiliated sites.